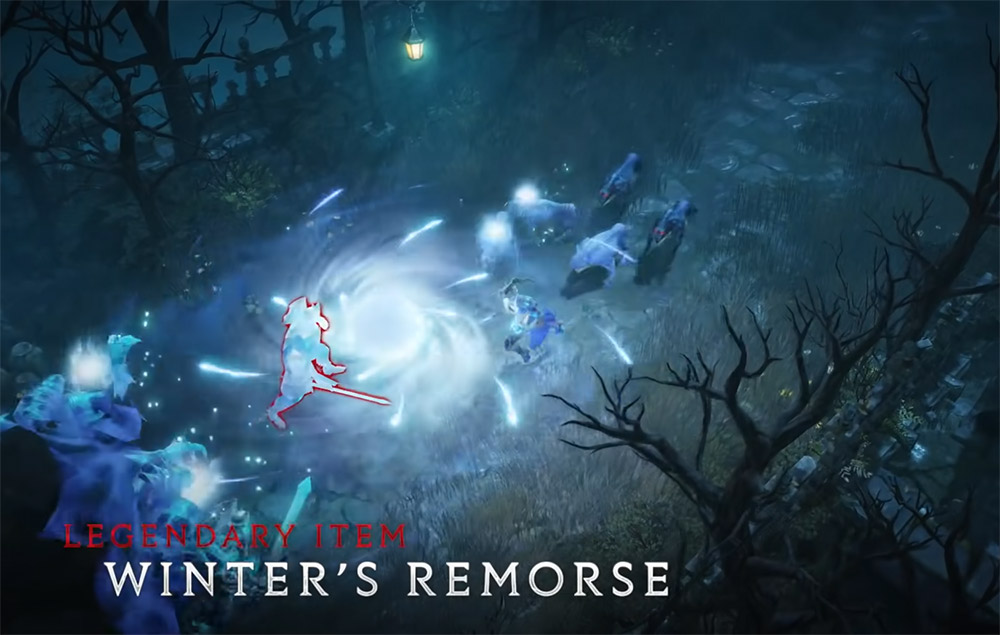 Blizzard also announced some brief updates to their upcoming mobile RPG, Diablo Immortal, at Blizzcon 2019. The game didn’t make it to the main stage, likely due to the overwhelmingly negative fan reaction at least years Blizzcon.

A short video was released showing some gameplay for the upcoming loot aRPG for mobile devices.

A Wizard character being ferried across some water in a small row boat is shown. This could some type of automated travel system similar to a flight path or merely a generic intro cutscene to Wortham.

It’s not clear if this is a zone, or just the name of a large friendly settlement. Many guards are shown manning a large wall and there is a blacksmith station that looks very similar to the ones present in Diablo 3.

As the name of the zone suggests it is a dark, swampy wooded area. It appears to contain poisonous creatures like spiders and fallen.

This is obviously a mountainous zone located on the eastern board of the Western Kingdoms. These almost impassable mountains house lush woodland territories which contrasts many much darker areas in Sanctuary.

The Sisterhood of the Sightless Eye and their Rogue Monestary were located in this area during Diablo 2. Ivgorod, home of the monk class, is also nearby.

This is very large cemetery that will most likely be filled with undead type monsters. It’s a an interesting looking zone which appears to have multiple levels to explore.

The classes featured in Diablo Immortal have been known for a while. But more information was revealed for the Demon Hunter at Blizzcon.

The abilities shown in the video appear similar to strafe, multishot, and vault in Diablo 3.

The movement ability is actually called Daring Swing… it isn’t vault. It causes the Demon Hunter to swing on a rope to a nearby location and damage all enemies along the way.

There will be some type of open world group activities in Diablo Immortal. They showed gameplay of the Haunted Carriage event where players will attack an undead horse drawn carriage which constantly spawns waves of enemies.

Legendary items seem to function similarly to previous Diablo games giving the character a unique effect that may even change the way certain abilities function.

Flamespite Crossbow will make the strafe abilities also shoot out Grenades for the Demon Hunter.

Wizards will get Winter’s Remorse. This allows the wizard to turn the fireball skill into a Frozen Orb.

Monks will get Inna’s Palm. The gameplay video shows the monk leap into the air and crash down onto the ground. Enemies hit get the exploding palm debuff on them which makes them explode and damage nearby enemies on death, the same way it works in Diablo 3.

Storm Bringer is shown for the Barbarian. This adds a lightning effect on to the Hammer of Ancients ability.

New Legendary items carry the potential to completely reimagine the powerful skills your character has at their disposal. Change how a skill targets enemies, channel new elemental energy types, or even add entirely new effects through an astonishing array of awesome armaments.

Each class will build up a charge bar when using basic abilities. When it is full an ultimate can be activated which greatly buffs their basic attacks for a short time.

Barbarians will get Blood and Fury which empowers Lacerate by increasing it’s range, adding life steal, and repelling enemies away.

Lightning Flux which causes Fists of Thunder to teleport to the character to new targets and generate a thunderstorm whenever an enemy is defeated.

Full Power makes the Electrocute ability chain to more targets and allow movement while casting it.

We will update as soon as more information becomes available for Diablo Immortal. 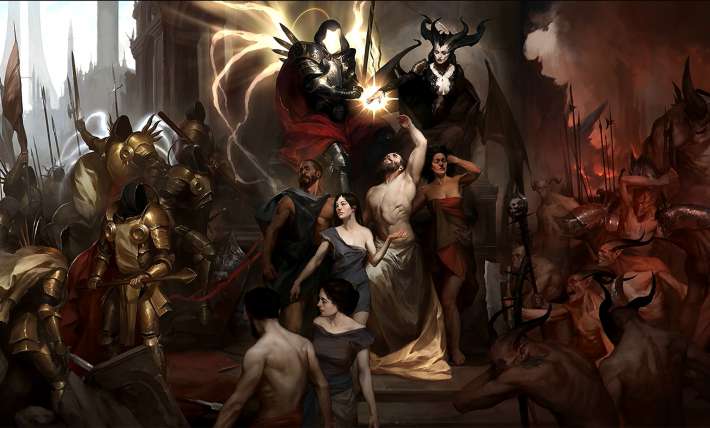 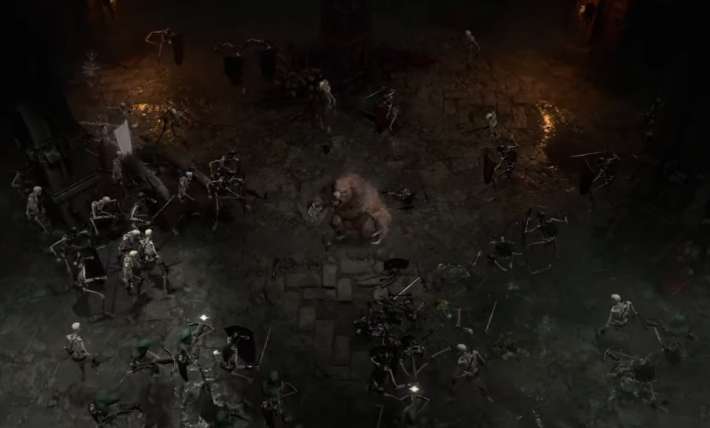